C Is The Best Language 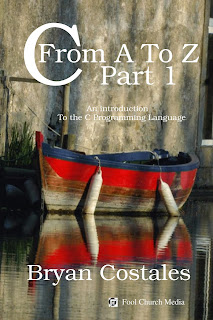 The following text was extracted from my recently revised "C From A To Z" book. The tables and bulleted lists below look far better in that book.

The C language has been called: "The only portable assembly language." Which means that C is available on all computers and can be used to write anything from operating systems to device drivers, from web servers to user interfaces. Correctly written C Language programs always run significantly faster than programs written in other languages. This speed and portability has distinct advantages, both economic and application specific:

C versus other languages
Why should you learn to program in C when there are so called modern languages available? After all, businesses practices often drive language adoption:
So one must wonder, if there is any role for the C language in such a world of specialized languages?
Yes there is! Consider the following:

To illustrate, we compare and contrast the speed of C to the speed of those other languages. Note that all of the following tests are available in Appendix B.

The problem with interpreted programs is that they run slower than compiled languages. This lethargy is because the interpreter must read and process the code a line at a time. Ruby, Python, Php, and Perl are interpreted languages. For example the php program, or a library in a web application, must interpret (run) your php code.

Compare the run time speed of these interpreted (script) programs against the run time speed for the C language program. All the programs and scripts did exactly the same thing, count up to ten-million with a loop inside another loop. In the following, the time command produces output in four fields of which we are interested in the third, the total run time:

Another test that looked at the speed of reading and processing files showed similar results. The same file was opened, read and closed in each step of the loop:

In the above, the file to read was /usr/dict/words, and its lines were counted 1,000 times.

And finally the comparison of results from a simple test to see if a string contains a valid integer. This test is executed in a loop 10,000,000 times:

The loop included a test to see if the check failed or succeeded.

Clearly the C language runs faster than these other languages by a significant amount. If you want to milk every bit of performance from your hardware, C is the obvious choice.

Posted by Bryan Costales at 5:29 PM No comments:

Socialism Is Good for Capitalism 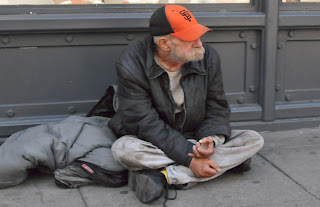 Homeless Can Be Good for Capitalism

What would you say if I claimed that Socialism could increase the number of customers for almost any business by 14 percent?  You would probably laugh. But read on and be surprised.

Most capitalists oppose socialism because of a belief that the role of government is to maximize the use of capital, while reducing the size and expense of government For example, corporations desire lower corporate taxes so that they may return greater profits to their share holders. Lower taxes means a reduced government and results in, "A lessor boot heel on the neck of every struggling businessperson."

One way is to streamline and thusly reduce the size of government would be to combine the homeless, the poor, the disabled, and the unemployed.  A simple way to achieve this unification is with a "minimum income" or a negative income tax.  A "minimum income" would be administered by the social security administration. A negative tax would be administered by the Treasury Department by way of Income Tax.

I prefer a minimum income because it is administered monthly rather than annually. In its simplest form, everyone with a  social security number will receive the minimum income.

For example, a homeless man on a "minimum income" would be able to rent an apartment, pay for utilities and food, and would be in a much better position to find a job. As potentially solvent customer, he and those like him would increase spending on manufactured goods.

For example, a single mother on a "minimum income" could afford an apartment, utilities and food, and could afford to find child care so she could find a job.  She and those like her would become better customers.

And what about Social Security? It would not change, except that the minimum social security payment per month could never be less than the "minimum income."

A 14% increase in the number of customers is nothing to sneeze at.  Would it be worth the cost? It depends on if the increase is permanent and can be counted on by the nation's businesses. If so, budgeting based on such a permanent fixed increase in the customer size will benefit all businesses here and abroad.

Naturally one would not want to implement a "minimum income" all at once. Instead, perhaps at the state level, one could introduce the concept using the disabled as a test, or the homeless as a test. And then track those people to see if the effect is as predicted.

A Better Sales Tax Is Non-Regressive

One problem with the normal sales tax is that the rate is the same for the poor as it is for the rich. Consider a galvanizes pail used in gardening. Suppose it cost 10.00 to buy, and suppose the sales tax were 10%. The cost of that pail would be 10.00 in states like Oregon, that don't have a sales tax, or 11.00 in states that had the 10% rate. The rate in some cities is as high as 13.5% and in others as low as 4%. But all have the same problem. The difference between 10.00 and 11.00 may seem inconsequential to folks with a high income, but to folks with a low income, the difference might be enough to encourage purchase of a plastic bucket instead.

Scaling up of the tax rate moves the bulk of the tax onto the rich.  For such a non-regressive tax to work, there must be no exemptions. Although it is tempting to exempt groceries or prescription drugs, one should resist that temptation. For if groceries are exempted, then similar logic might lead to the exemption of  real estate or car purchases. The choice must be to either scale the sales tax, or to apply the same tax to all and provide exemptions.

Policy will also determine the amount below which no sales tax occurs. For example, you might want to benefit the poor and middle classes together. One way to do that might be to charge zero tax for all sales below one-thousand dollars.

One advantage of scaling by a formula is that formula, and starting and ending amounts, are all that are needed to find the tax. A later law might change the starting point or the ending point or the formula, but would likely change only one of the three at at time. This simplifies updates to cash registers.

The alternative is to chart the increments and rates in law. This has the disadvantage that the chart would look like a table and the entire table might have to be altered to change one amount or rate. Updates to cash registers would require a simultaneous update of them all with a new table.

This blog is not the end all or be all of a scaled sales tax. It is merely intended as a means to get others thinking about a non-regressive sales tax.

States have reduced access to voting by various means over the years. Such laws seek to disenfranchise based on poverty, sex, or race. Some states require photo ID before a citizen may vote. Others reduce the number of voting places in low income areas. Convicted criminals are routinely denied the right to vote.
The fundamental right to vote needs to be spelled out in the constitution once and for all to insure nobody is ever denied the right to vote.
Also, in recent history, companies, corporations, and the very wealthy have sought to influence elections in ways that reduce effectiveness of the individual vote. Although corporations are people, they are not voting citizens and so should have no right to influence elections. Also the wealthy citizen can unfairly influence an elections more than a poor citizen can. Such behavior is unfair and should be discouraged.
In support of these ends I propose a constitutional amendment something like the following:
Let me know what you think. Should it be worded differently. Should it be reduced to solving one problem instead of three problems? Do you think such an amendment is foolish? Or do you think it may have a chance?
Posted by Bryan Costales at 8:29 AM 1 comment:

The Lane Transit District (LTD) opened its EMX (Emerald Express) west 11th Street extension on Sunday last the 27th of September 2017. I rode it on that opening day and found it bumpy but otherwise comfortable.
The EMX system is a Bus Rapid Transit (BRT) system. So how does EMX compare to regular buses and to light rail?


How does BRT stack up in your town?


Posted by Bryan Costales at 12:21 PM No comments: 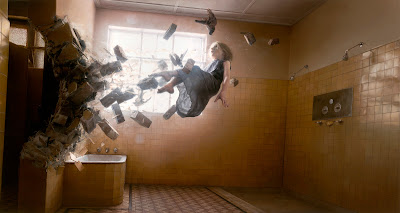 It is not often I discover an artist whose art I just fall in love with. Jeremy Geddes has this way of visualizing the world that takes my breathe away. Whether floating astronauts, exploding buildings, or split up people, his art is intended to, and succeeds to evoke a strong emotion, good or bad. 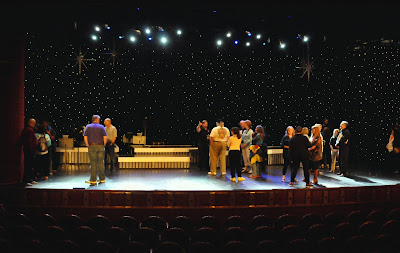 Fake Stars as a Backdrop

A backdrop on a stage can be perforated to create the feeling of night time stars. One might call this an artificial night, or one could use the more popular word, "fake." Fake stars imply that they have been created to deceive. Artificial stars imply that they have been created to set a mood. Normally one would not call the backdrop stars fake. But these are not normal times. When the leader of the free world uses the word fake, he does so with malice.